Stress and anxiety are widespread in our industry and you may have already noticed that it’s really hard to coach someone who is highly stressed or anxious. It’s also really hard for you to personally perform at your best when you’re in that state.

In this workshop, you’ll learn (and practice) a collection of specific techniques to immediately release those feelings of stress or anxiety. Techniques include bi-lateral stimulation through movement to rebalance brain activity and several techniques that will lower anxiety by triggering the parasympathetic nervous system: From relaxing the jaw to switching your eyes into peripheral vision. In all cases, we’ll talk about some of the neuroscience and then practice the technique as a group.

Recording of this session from July 2019

The video above was recorded at the Toronto Agile Lunch in June 2019. Thanks to the organizers of that event for recording the session and publishing it on YouTube.

My initial training on anti-anxiety techniques was through Melissa Tiers, an amazing hypnotist who is internationally known for her work on anxiety and addiction. I highly recommend her book “Anti-Anxiety Toolkit: Rapid techniques to rewire the brain”. 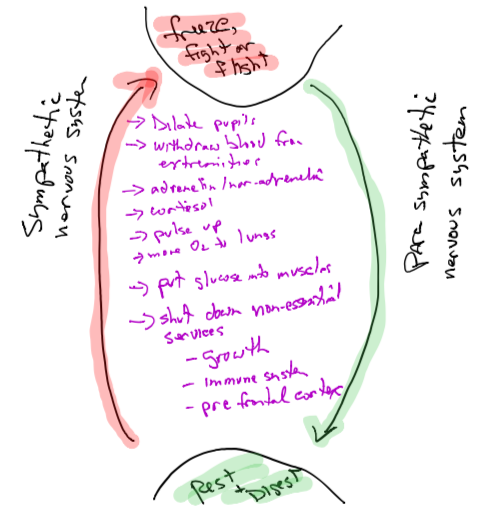 The sympathetic/parasympathetic systems aren’t boolean with one or the other one at any time. Each can be partially activated at any time to provide a sliding scale of effects.

Pick up an object (preferably something that doesn’t spill or won’t break if you drop it). Pass it slowly from one hand to the other. This will rebalance brain activity across the two hemispheres, reducing the likelyhood of the sympathetic nervous system being triggered. 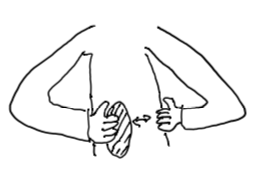 These two techniques work in different ways although they achieve the same result. Triggering the parasympathetic nervous system and causing relaxation. I tend to put them together because the moment I raise my tongue, I relax my jaw automatically.

Pick a spot on the wall, preferably something not moving. Now without moving your eyes, expand your awareness outwards. To the left and the right. To the top and the bottom. As you do this, you will begin to relax.

Bonus: If you have that internal voice, telling you that you aren’t good enough or that you can’t do something then that voice will shut up while you are in peripheral vision.

As you breath in and out, imagine that you’re breathing in through your heart and back out through your heart. Visualize this clearly and breathe slowly and through the process of brainwave entrainment, you will begin to relax.

Numerous studies show the benefits of walking in nature.

Also: The Japanese practice of ‘forest bathing’ is scientifically proven to improve your health link 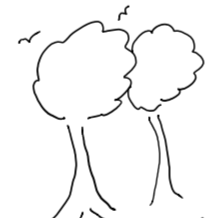 Laughter causes a flood of positive neurotransmitters (dopamine, oxytocin, seratonin, endorphines) in your brain and will reduce your cortisol levels (also a neurotransmitter).

Interestingly, your brain can’t distinguish between real laughter and faked laughter. If you force laughter even when you aren’t noticing anything funny, your brain will still release all the good neurotransmitters and will assist with cortisol. Laugh often.

Stand up straight with your hands on your hips for at least two minutes. Research by Dr Amy Cuddy shows that this will increase your testosterone and lower your cortisol.

Watch this TED talk by Dr Cuddy, where she talks about the research she did.

Note that while there was some early controversy about Dr Cuddy’s research, a subsequent 2020 meta-analysis of 73 different studies backed up her research and conclusions. “The effects on emotions and behaviours are robust”

When you find yourself saying “I’m anxious”, say “I’m feeling unsafe” instead. The words we say to ourselves have incredible power and a wording change as simple as this can make a real difference.

There are a multitude of different tapping techniques, each with their own advantages. I use this simplified six point protocol that I learned from hypnosis trainer Mike Mandel. Tap on each of the following five points while stating out loud something about the problem. I typically say the nature of the problem on the first point and then some variation of “letting it go” on each of the others. The actual words aren’t important - what’s important is your focus on the thing you want to work on and the words will help you focus.

Before and after tapping, check to see how strong that anxiety is on a scale of 0 to 10 where 10 is intense. Keep cycling through the tapping until that number gets to 0. Don’t stop just because “it’s better” or it will come back too soon.

If it isn’t working then you’re most likely dehydrated. Get a drink of water and try again.

If it still isn’t working then there may be electical interference in that area. Move to another room and try again. While it’s rare to have this particular problem, it does happen every once and a while.

See also FasterEFT.com for Robert Smith’s work, that the above was based on. 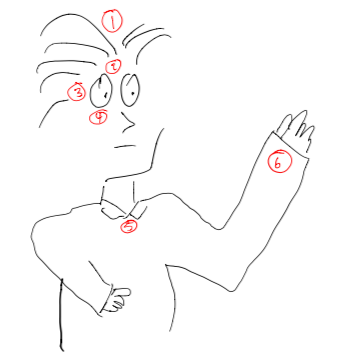